Each FONTE tower is an optimal FOB detector as well. The moment the beer in the KEG is running out can be clearly observed in the font. In the glass cylinder still filled with beer big CO2 bubbles begin to emerge and in the upper part of the cylinder beer foam starts to gather. At the same time the level of beer starts to drop quickly. Once the new barrel is connected to the system a strong ejection of foam can be seen for a short moment and after a few seconds plain beer with CO2 comes up again from that quite showy chaos. Now, the gas and the rest of the foam can be removed by opening of the valve located in the upper part of the glass cylinder. The font will be fully filled with beer again. This solution not only entirely eliminates beer loss that normally occur during KEG exchange but also the problem of CO2 release in the system resulting in foaming during serving of beer from the tap. 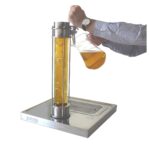 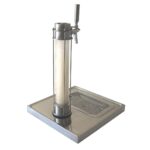 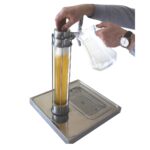 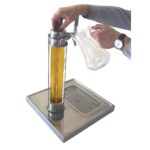 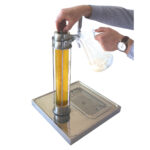 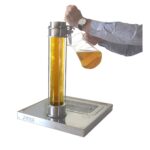 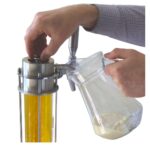 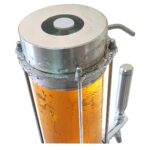